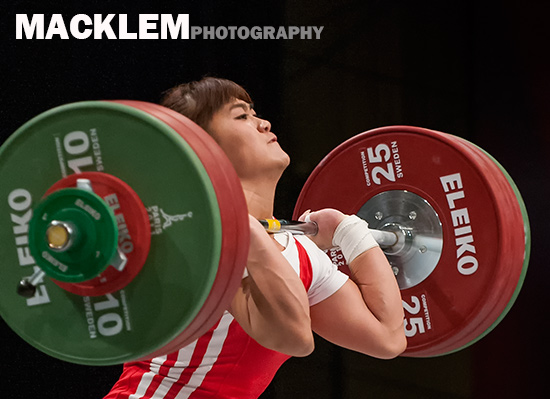 Maiya Maneza KAZ 63kg recovering with 147 kg. She jerked this WR but was called for a press out. This weight was a staggering 4 kg (8.8lbs) over the world record. This was actually a rare 4th attempt. Her 3rd attempt with the same 147kg was mis-loaded (resulting in a missed clean); therefore she was rightly granted a repeat attempt.

She is the 2012 Olympic champion. Kazakhstan issued a stamp honoring her.